The California Department of Public Health’s (CDPH) Licensing and Certification Program, hardly an aggressive watchdog of wealthy, politically connected nursing homes, issued a class “B” citation and monetary fine in October 2011 to a Los Angeles-area nursing home that negligently failed to administer oxygen to a fainting patient at a flow rate required by physician orders and the patient’s care plan. At that time, the unfortunate, 88-year-old victim suffered rapidly declining oxygen saturation levels, cardiopulmonary arrest, and unexpected death. In its citation, CDPH said, “The above violation had a direct relationship to the health, safety and security of Patient 1.” Despite CDPH’s findings, tantamount to obvious elder neglect, the California Department of Justice’s Bureau of Medi-Cal Fraud and Elder Abuse (BMFEA) chief of prosecutions, Mark Zahner, based his decision to file no criminal charges in the case, not on BMFEA Special Agent J. Timothy Fives’ expert opinion, but instead on the different opinion of BMFEA medical consultant Kathryn L. Locatell, M.D. Dr. Locatell shockingly said, “There were no breaches of any applicable standards of care in the events leading to Mr. [patient’s name deleted] death. I see no indication of neglect whatsoever…[W]hether or not oxygen was administered, or administered timely…was immaterial.” 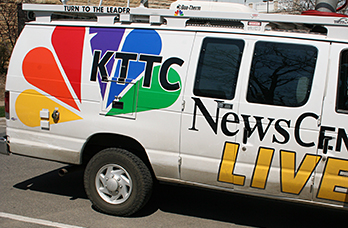 [Nursing home] surveyors frequently described the systematic downgrading of citations…Apparently, and according to the surveyors interviewed, the scope and severity of surveys is being low-balled. Surveyors routinely stated that they were ‘instructed’ by their superiors to downgrade citations or not write up facilities for certain high level deficiencies. Some surveyors went on to say that if a high level deficiency is cited, most of the time it would be reduced to a lower level deficiency or completely omitted from the final report by management without consultation with the citing surveyor. — U.S. Senator Charles Grassley (R-Iowa), July 7, 2004 letter from U.S. Senator Charles Grassley to Mark McClellan, then-administrator for U.S. Department of Health and Human Services’ Centers for Medicare and Medicaid Services