What motivates us to unite, empower, and mobilize to expose California’s broken, corrupted elder abuse prevention, response, and enforcement system?

Elder Abuse Exposed.com members wholeheartedly agree with and are influenced by the statement that is often misattributed to statesman and philosopher Edmund Burke, i.e., that “the only thing necessary for the triumph of evil is for good men to do nothing.” We also agree with and are inspired by truly great and compassionate political leaders, like Mahatma Gandhi, who said, “A nation’s greatness is measured by how it treats its weakest members.”

Therefore, we are dedicated to doing something good to publicly expose and try to stop California government’s turning its back on some of our weakest members, i.e., our frail, vulnerable, and aging parents and grandparents suffering in nursing homes. We believe that exposing that Americans “don’t value old people” and “don’t want to think about ourselves getting old,” according to California elder abuse expert Dr. Kathryn Locatell in the December 21, 2011 “Gone Without a Case: Suspicious Elder Deaths Rarely Investigated,” by ProPublica, FRONTLINE, and NPR, can encourage the U.S. to become an even greater, more compassionate nation that does not flout God’s commandment “to honor your father and your mother.”

Elder Abuse Exposed.com members are also motivated by the realization that unscrupulous government officials who turn their backs on a nation’s weakest citizens by failing to enforce the law have a pernicious effect that spreads well beyond the double-victimized citizen and the government’s broken and corrupted law enforcement and criminal justice system. U.S. Supreme Court Justice Louis Brandeis said in his dissent in Olmstead v. United States, 277 U.S. 438 (1928):

Decency, security and liberty alike demand that government officials shall be subjected to the same rules of conduct that are commands to the citizen. In a government of laws, existence of the government will be imperiled if it fails to observe the law scrupulously. Our Government is the potent, the omnipresent teacher. For good or for ill, it teaches the whole people by its example. Crime is contagious. If the Government becomes a lawbreaker, it breeds contempt for law; it invites every man to become a law unto himself; it invites anarchy. 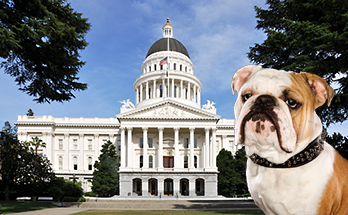 California State Capitol in Sacramento, California. Elder Abuse Exposed.com is California’s advocacy and watchdog group for elder abuse victims who, unlike wealthy, politically connected nursing homes and hospitals, do not have powerful corporate lobbyists in Sacramento.

The GAO [Government Accountability Office] reported to me in July 2003 that fully one-third of the most recent state surveys of nursing homes nationwide occurred on a predictable schedule, allowing homes to conceal problems if they choose to do so. Unfortunately, this does not allow for an accurate and fair representation of the operation and activities of the facility. Let me ask: How can we have an effective and efficient survey and enforcement process if there is no element of surprise? — U.S. Senator Charles Grassley (R-Iowa), July 7, 2004 letter from U.S. Senator Charles Grassley to Mark McClellan, then-administrator for U.S. Department of Health and Human Services’ Centers for Medicare and Medicaid Services